A busy session last night with some new faces which was great. Having missed a session because of the Police Commissioner elections it felt a bit strange to be back but it was good to get drawing again. Even though I'd had all that time I still didn't manage to prepare any more papers so I was just drawing on cartridge paper, which felt like a bit of a let down so I'll have to try harder this time!


I again experimented with the water soluble graphite, I really like using this as I think it creates quite an interesting effect and I like letting the water run down the drawing.


I also did a lot of pen drawings tonight as I was feeling rather tired and unimaginative, however, I'm pleased with how some of them have turned out. Last time Nick modeled for us we joked about super-hero poses so at the end we did an action pose to finish off, it actually worked a lot better than expected!


Posted by Delicate Stitches at 16:43 No comments:


Today a Community arts project that I'm working on truly got off the ground. Today was the first of hopefully many workshops that my friend and colleague Helen Tuck and I will be running. This morning I worked with a group from The Prince's Trust to get them started on their patches. Although none of them had done any textiles work before they all picked it up really quickly and it was a surprisingly quiet session as everyone was deep in concentration!


The guys had some great ideas and had come prepared with some sketches. I'm very much looking forward to seeing their finished patches. I also started my patch off last night and when I've posted this I'm off to do some more stitching on it! You can follow the progress of the project here or on Facebook.


Posted by Delicate Stitches at 16:48 No comments:

Today I am suffering, I have a sore throat and am full of sniffles. I think it may have something to do with being out in the cold all day yesterday for The Big Issue's Big Knitathon. It was, however, totally worth it! As Faye and I set up we were joined by several keen knitters who'd heard about the event and had come to join in. Throughout the time we were there people came in to see what we were doing and get involved. Several people also came and donated bags of squares they'd made which was very generous and very much appreciated. Also much appreciated was Mike (my boss at The Heathlands Project) turning up and not only putting up our gazebo but also providing us with chairs and a spare table. Much swearing and cursing was thus averted!

We raised £14.62 through our collection box but more impressively we collected and knitted over 250 squares with a further 70 or so already sewn together as the start of blankets. Well done Cumbria's Knitters! A special thank you to Jill of Jill's Jams who donated a huge bag of patches and a crocheted blanket. Thank you also to Cornerstone who donated yarns and needles to the event and Sue of Truly Twisted Yarns who also kindly donated yarn and came and joined in.

We were also joined by The News and Star and ITV Border News so hopefully they will feature us and help raise awareness. If you would like to help out you can still donate through Just Giving. All money raised goes straight to The Big Issue Foundation.

Posted by Delicate Stitches at 11:21 No comments: 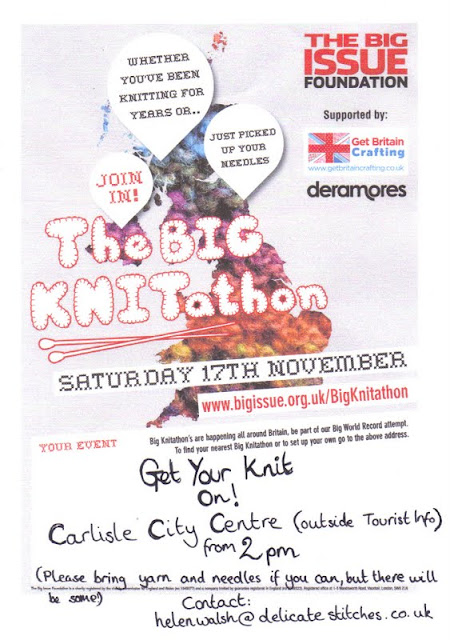 Tomorrow is the big day! My friend Faye and I will be in the centre of Carlisle from 2pm knitting away. If you can make it come and join us as we knit scarves and blanket squares for The Big Issue as part of The Big Knitathon. If you've never knitted before we can help you or if you just want to do a couple of rows rather than a whole square that would still be a great help. Cornerstone have very kindly donated some yarn so if you don't have any supplies don't worry! 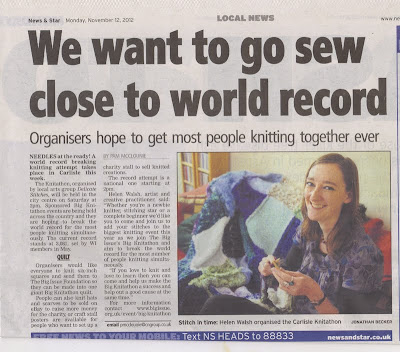 This week I have been in the paper and on radio promoting our event, being on the radio was scary, I was so nervous! However, the presenter (Kevin Ferniough, BBC Radio Cumbria) was very friendly which helped and I had my knitting so that kept me busy. 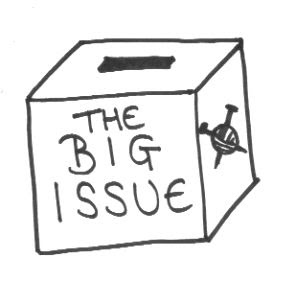 You can also help by donating money. I have a Just Giving page whee you can donate or you can text KNIT 48 followed by the amount you'd like to donate to 70070. Thank you for your support! 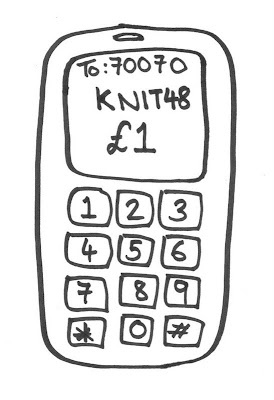 Posted by Delicate Stitches at 07:55 No comments: 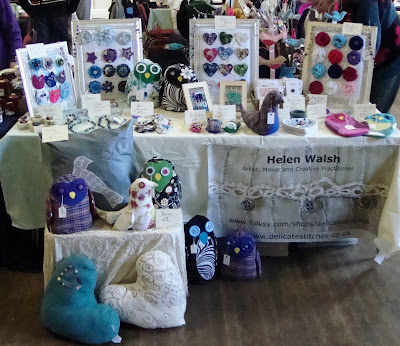 Yesterday I did a craft fair over in Appleby. I really like travelling over to Appleby as I think it's a lovely little town. I didn't do so well but I had lots of nice chats with other crafters and have come back with new plans and ideas for the New Year. I also got plenty of knitting done which is always good! My next craft fair will be at Tithe Barn in Carlisle on Saturday 1st December, 10-4. 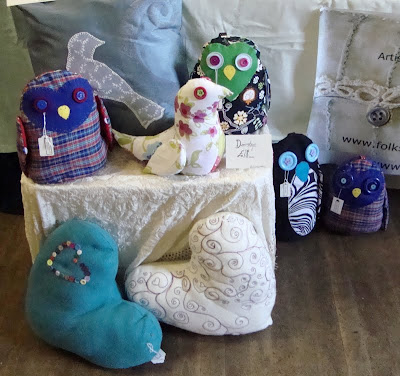 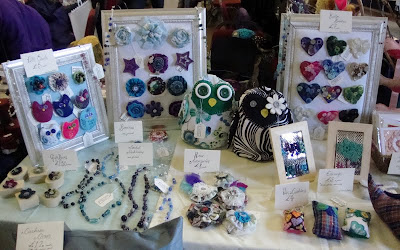 Posted by Delicate Stitches at 16:30 No comments:

Get Your Knit On!

So, what started out as a funny idea between myself and my friend seems to have taken on a life of its own and become an organised event. Said friend suggested doing some knitting in the city centre and seeing how many people would join us. I said it was a good idea, we could even make it into something a bit more and make scarves for the Christmas angels that they have on display every year in our city centre. She said good idea.

Then I saw that The Big Issue were doing a Big Knitathon so I thought maybe we could be part of this. So I contacted a friend at the council and he said fab idea, I'll get the press department to do a press release. And so what started out as a bit of a giggle is now a fully fledged knitting event. Which is nice.

On Monday I went to a new knitting group at Cornerstone which was really good, the people were really friendly and when I told them about the event I was organising they were very enthusiastic and have already helped out by putting up a poster for me and donating some wool and some needles.

So, if you want to get your knit on and be part of a world record attempt to get as many people as possible knitting simultaneously then get yourself to Carlisle on Saturday 17th November from 2pm and come and get stitching!
Posted by Delicate Stitches at 18:13 No comments:

I've had a productive day today, which makes me feel good. I've got a load of boring paper work out the way (still plenty left but there's only so many bits of boring I can handle at once!) and more interestingly I've made a start on Christmas paper and tags.

I always like to try and make as much stuff as I can for Christmas, I think it's much nicer to receive something hand made and it is more in what I think of as the spirit of Christmas. Bearing this in mind I decided to make my own wrapping as well this year. I've made a lot of neck based gifts this year (not made of necks, made for necks; just so there's no confusion) and today I've printed some labels to go with them. They feature what the gift is made from and how to look after it.

The other advantage to making my own gift wrap is that it is cheap. As we are hopefully moving house very soon this is quite important! The stuff I've made today has been super cheap, the tags were 79p for 10, the brown paper was £1 and the stamps were also a £1 (for all of them, not just one!) It's really simple, just very basic block printing but the stamps are cute and it's all hand-made!

Posted by Delicate Stitches at 15:44 No comments:


An interesting session again last night. Martin gave us lots of great poses, although I felt rather cruel as he seemed to be suffering in most of them! Sorry Martin. As last session we'd had lots of open poses I asked Martin for more crouched, twisty poses this time, which were great to draw but not much fun to hold.

Very unusually I managed to do not one but two of my drawings on one piece of paper. This is a rare occurrence so to make up for it I did a really big drawing and still didn't fit the whole pose on! In yet another strange turn for almost all the poses I did just one drawing, even the 30 minute pose. I also had a bit of a go with some colour. Not sure how I feel about this but I'm trying to keep experimenting all the time.


I'm really enjoying working with the water-soluble graphite, although I missed my prepared papers this week. You'd think two weeks would be plenty of time to get some paper painted up really but it would seem not! I like letting the water run, taking the graphite with it and I like the more subtle tonal variations that can be achieved.

Posted by Delicate Stitches at 11:38 No comments: